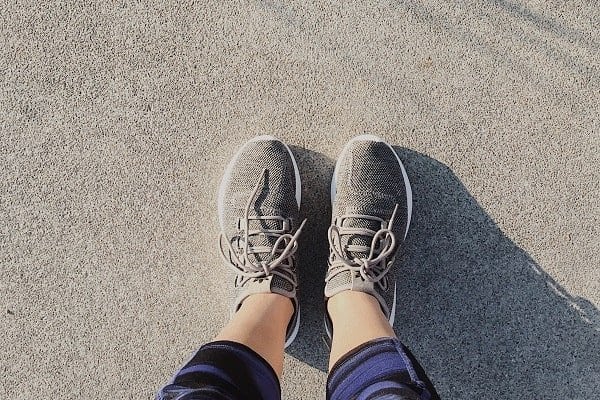 Every Course of Action has Its Gifts and Drawbacks

For years I had the joy of running on the miles and miles of wooded trails in the Northwest town I lived in up near the Canadian border. Fifty yards outside my door was a trailhead that connected me to another trailhead, and another one, and so on. If I was inclined, I could run amongst the trees for hours.

But when I re-opened my therapy and coaching practice in the “big city” (Seattle) an hour and a half away from my house, and all sorts of things in my life changed overnight. One of the most important things that changed is that if I want to run on the days I’m working, it won’t be on soft dirt trails; it’ll be on cement. Granted, Seattle, like most metropolitan areas, has some wonderful paved running and biking trails, so I’m not about to complain about my running options. But I do notice a difference in how my body feels when I’m running regularly on concrete. My hips are a bit stiffer, for example, and the soles of my feet are a little sorer. On the other hand, I don’t have to watch for the rise and fall of the forest floor; I can zone out and let my mind wander when running on cement in ways that trail running doesn’t quite allow due to the need to pay attention to where your feet are landing.

As I’m wont to do, while I’m chugging along on the Burke-Gilman (which snakes along the north shore of Lake Washington), noticing the hitch in my giddy up and reminding myself to stretch well when I’m done, I think of the metaphor for my life of swapping the unpredictability of a dirt trail for running on concrete.

I think of how for the past few years, I’ve lived a writer’s life-style—which had a lot of give (flexibility) to it, but also a lot of instability. Like a soft dirt trail with roots and rocks jutting up in the middle of it, writing can be structured around the inflexible aspects of life (like doctors’ appointments or the needs of important others), but it also has its pitfalls. Money trickles in whenever it darn well pleases, for one thing. And creativity, we all know, can only be harnessed and trained to a certain extent—the rest being left up to those pesky muses who may or may not cooperate.

A straightforward business such as therapy is more organized, more solid (like cement). An appointment is an appointment. It starts at a given time and ends 50 minutes later. Period. Boom. This is reassuring, if a little less surprising and exciting.

Every path has its plusses and minuses, right? And you can only ever “run” on one path at a time. You have to give up the gifts of a forsaken path for the gifts of the one you choose. And you have to be in relationship with the struggles and troubles on the path you’re traveling, even as you relieve yourself of pitfalls of the path you’re leaving behind.

When I was a teenager, I committed Robert Frost’s Road Not Taken to memory. My favorite stanza has always been the third one. Picture Frost standing at a fork in the road, looking down two possible pathways in his “yellow wood”:

And both that morning equally lay

In leaves no step had trodden black.

Oh, I kept the first for another day!

Yet knowing how way leads on to way,

I doubted if I should ever come back.

As you face this year’s choices, whatever they are (Will you go this way or that way?), may you know there is no wrong answer. Every path you might choose contains the potentials for both joy and pain. Each path will have its challenges and its beauty. The important thing is that you keep running, as it were. Don’t hang up you’re your metaphorical sneakers. In other words, wherever you find yourself, move forward on the trail you’ve picked. When Frost says, “I doubted if I should ever come back,” he’s speaking to the fact that we don’t get many do-overs; a choice is a choice. We may as well move with conviction and determination. This is our year to shine. It’s the only year directly in front of us, after all; the rest are all behind us.