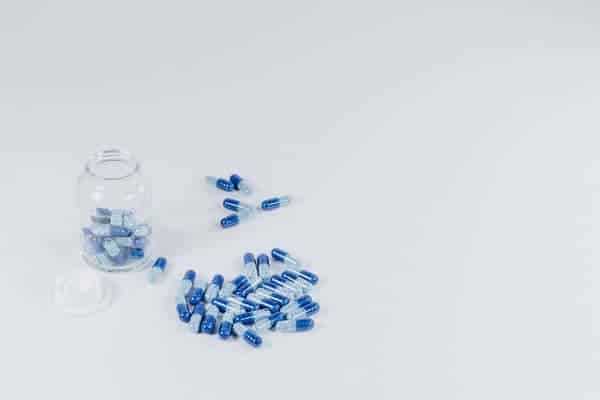 I’ve heard a lot of runners say things like, “Running is my therapy,” or “Running keeps me sane.” I’ve even heard, “Running is my drug.” When my husband gets home at the end of the day, he often tells me he needs to get out on the trails to “clear the cobwebs” from his mind–like a mind dump. He likes to leave his work-related stress out in the woods.

I understand these sentiments and echo them, but for me running is even more than my therapy or a way to clear cobwebs. Without a doubt, it is my center, my anchor, and my antidepressant. Some may call it self-medicating (because it is addicting), but I call it legitimate, healthy self-soothing. Whatever you call it, it works.

I come from a family in which depression has been a troubling feature for as long as I can remember, and some family members heavily self-medicated with alcohol until their addictions led to so many health and relational problems that they were forced to make the decision to get help and stop drinking. As for me, I had my own first major depressive episode when I was twenty-seven; it scared the hell out of me.

I knew drinking wasn’t a good solution to what could be a long relationship with depression, but I didn’t know what to do instead. Over the almost twenty years since then, I’ve done a number of things to manage depression. Now, in midlife, I know which of my efforts really work–and many of them have. For example, I got myself a dog (now I have two); I went to therapy; I took a low dose of an SSRI that kept some of the worst negative thoughts in check; and I surrounded myself with people who love me and are caring toward me during my tough moments. But nothing has been as powerful a weapon against the darkness of depression as the hard-pounding, repetitive movement of running.

Ever since I discovered this for myself, I’ve encouraged my clients and friends (and anyone else who will listen) to find an activity that has some of the same qualities as running to help soothe their troubled psychological edges. And while I understand that running isn’t for everyone, anyone can look at the gains running has to offer and find them in other activities more suited to the individual’s preferences. What is it about running that leads to a lifting of depressive symptoms? Here are a few thoughts:

The Mayo Clinic says that hard exercise can actually release mood stabilizing chemicals in the brain, boost your immune system, and increase body temperature which may have a “calming effect.” And while I favor hard exercise as my depression-fighting superpower, there are many kinds of activities that can offer the same sort of results (yoga, meditation, knitting, dancing, playing the piano, just to name a few). If you’re tempted to self-medicate with something that will not ultimately act as a value-add to your life (like alcohol or numbing out in front of the TV), at least take a few moments and ask yourself what you could do instead that might evoke the responses listed above. (And, of course, always ask for help from your doc and/or therapist when dealing with major depression.)

Midlife can be a difficult time for many of us. There are a multitude of transitions on the horizon. Just this week, I’ve had two friends and one client tell me that they feel life changes coming their way, and the melancholy is setting in as they wonder where they’ll get the energy to manage them. My response? Why not proactively look for some healthy ways to self-soothe? It’s worth a try.