One Footfall at a Time 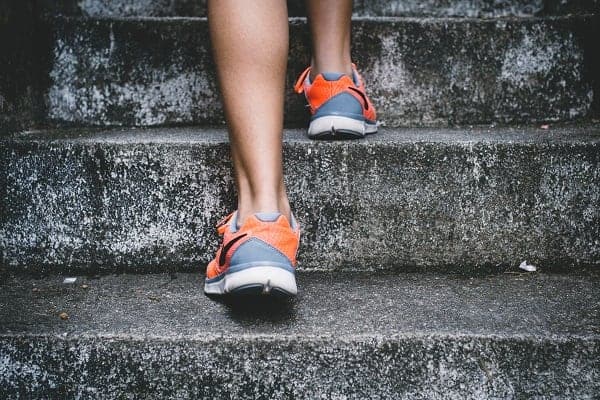 How Uncertainty Challenges Us to March Ahead

“If you plan on being anything less than you are capable of being, you will probably be unhappy all the days of your life.”

A couple of summers ago I participated in the Northwest Passage Ragnar Relay. This is a 192-mile relay run that snakes its way down the Northwest edge of Washington State. Most of the race is run on back roads from the Canadian border all the way to Whidbey Island, where teams are rewarded with pizza and beer for being crazy enough to stay awake and on the move for nearly two full days. I was runner number twelve on our team of twelve—the last runner, a position I’m used to and comfortable with.

On one of my legs (the second one of three), the one that started at 5:30am on Saturday morning, I ran for nine miles alone over rolling hills on streets surrounded by evergreen trees. I watched the morning gently emerge and appreciated the coolness in the air even as I was beginning to feel the heat the day promised to burn down on the runner who would take the baton from me.

Because I hadn’t slept for twenty-four hours and was addled with fatigue, my attention was hazy. There wasn’t much traffic, so I didn’t fear a run-in with a car, but I did worry about getting lost. Runners were spread out so far that there were several points on the course when I couldn’t see anyone in front of or behind me. I was grateful that Ragnar had placed signs at every turn. This meant I could do the work of running—placing one tired footfall after the next in a rhythm that echoed the beat of the music playing in my ear—without pulling up the map of the route on my phone. I could focus on the task at hand until a three-foot high blue sign with a red flashing light and an arrow appeared on a street corner.

I never lost my way.

Only later, after a couple nights of good sleep, when I was reflecting on the race during one of my morning meditations, did I realize that those big blue Ragnar signs were a terrific metaphor for something I’ve heard many of my clients talking about in therapy sessions lately. At least five different people have recently said something like this to me: “All of a sudden, when my child left for college (or when my spouse died/when I received this diagnosis/when I got divorced), I realized something had to change. I can’t keep on in this meaningless job (or this cement jungle/this lifeless relationship/this breakneck schedule).”

It may be my imagination, but I feel like such comments inpsychotherapy have increased during this current political climate, as if personal angst is MORE unbearable when the country is vibrating with high anxiety, too.

My clients are naming something really important: Life sends us signs when we need to make a change. Events, be they cultural crises or more personal like normal life-cycle transitions, are very often signals meant to tell us that it is time to up-level our commitment to life, that it’s time to turn a corner and change directions. Our circumstances call us to re-evaluate our approach to our activities and to our relationships (with self, significant others, work, the body, etc.).

Though change can be anxiety provoking itself, it’s also an opportunity to upgrade and renew your vision for your future.

My clients and I have been focusing on what I learned during those tired early hours in my relay race: One can only move forward one step at a time.

Whether you, like many people, are increasing your activist commitments these days or going through a very personal transition. Remember you can only do the task AT HAND. Letting knowledge of the long miles ahead overwhelm you serves no one. Today, simply do the tasks that today has assigned. And breathe.

“Start close in,
don’t take the second step
or the third,
start with the first
thing
close in,
the step
you don’t want to take.”